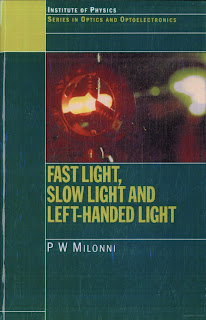 The book pays considerable attention to the fact that superluminal group velocities are not in conflict with special relativity and to the role of quantum effects in preventing superluminal communication and violations of Einstein causality. It also explores some of the basic physics at the opposite extreme of very slow group velocities as well as stopped and regenerated light, including the concepts of electromagnetically induced transparency and dark-state polaritons. Another very active aspect of the subject discussed concerns the possibility of designing metamaterials in which the refractive index can be negative and propagating light is left-handed in the sense that the phase and group velocities are in opposite directions. The last two chapters are an introduction to some of the basic theory and consequences of negative refractive index, with emphasis on the seminal work carried out since 2000. The possibility that “perfect” lenses can be made from negative-index metamaterials-which has been perhaps the most controversial aspect of the field-is introduced and discussed in some detail. 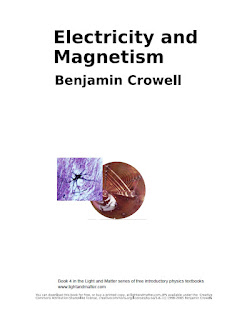 About The Book The Light and Matter series of introductory physics textbooks is designed for the type of one-year survey course taken by biology majors. Topics...