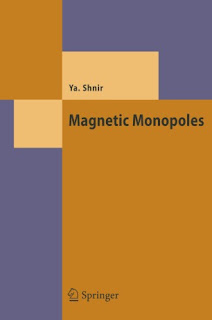 “One would be surprised if Nature had made no use of it.” P.A.M. Dirac According to some dictionaries, one meaning of the notion of “beauty” is “symmetry”. Probably, beauty is not entirely “in the eye of the beholder”. It seems to be related to the symmetry of the object. From aphysical view point, this definition is very attractive: it allows us to describe a central concept of theoretical physics over the last two centuries as being a quest for higher symmetry of Nature. The more symmetric the theory, the more beautiful it looks. Unfortunately, our imperfect (at least at low-energy scale) world is full of nasty broken symmetries. This has impelled physicists to try to understand how this happens. In some cases, it is possible to reveal the mechanism of violation and how the symmetry may be recovered; then our picture of Nature becomes a bit more beautiful. One of the problems of the broken symmetry that we see is that, while there are electric charges in our world, their counterparts, magnetic mo poles, have not been found. Thus, in the absence of the monopoles, the symmetry between electric and magnetic quantities is lost. Can this symmetry be regained? In the history of theoretical physics, the hypothesis about the possible existence of a magnetic monopole has no analogy. There is no other purely theoretical construction that has managed not only to survive, without any experimental evidence, in the course of more than a century, but has also remained the focus of intensive research by generations of physicists.

About Book The study of atomic and molecular physics is a key component of undergraduate courses in physics, because of its fundamental importance to the...

About Book Now available in paperback, Solid State Physics is designed to serve as a first text for a course on the physics of solids. Updated to reflect...

A Textbook of Internal Combustion Engine by ,7th Edition

About Book Each chapter of the book is saturated with much needed text supported by neat and self-explanatory diagrams to make the subject matter self-speaking...