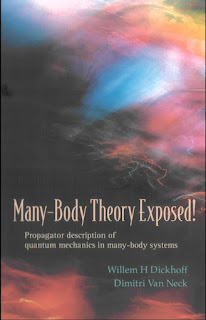 This comprehensive textbook on the quantum mechanics of identical particles includes a wealth of valuable experimental data, in particular recent results from direct knockout reactions directly related to the single-particle propagator in many-body theory. The comparison with data is incorporated from the start, making the abstract concept of propagators vivid and accessible. Results of numerical calculations using propagators or Green’s functions are also presented. The material has been thoroughly tested in the classroom and the introductory chapters provide a seamless connection with a one-year graduate course in quantum mechanics. While the majority of books on many-body theory deal with the subject from the viewpoint of condensed matter physics, this book emphasizes finite systems as well and should be of considerable interest to researchers in nuclear, atomic, and molecular physics. A unified treatment of many different many-body systems is presented using the approach of self-consistent Green’s functions. The second edition contains an extensive presentation of finite temperature propagators and covers the technique to extract the self-energy from experimental data as developed in the dispersive optical model.