The Mellin transformation is widely used in various problems of pure and applied mathematics, in particular, in the theory of differential and integral equations and the theory of Dirichlet series. It is found in extensive applications in mathematical physics, number theory, mathematical statistics, theory of asymptotic expansions, and especially, in the theory of special functions and integral transformations. It is essentially used in algorithms of integration in computer algebra systems. Since the majority of integrals encountered in applications can be reduced to the form of the corresponding Mellin transforms with specific parameters, this handbook can also be used for definite and indefinite integrals. By changes in variables, the Mellin transform can be turned into the Fourier and Laplace transforms. 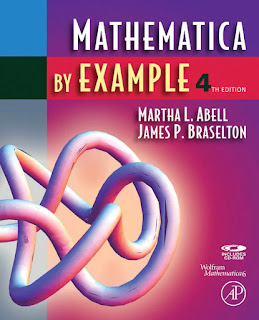 Mathematica by Example, 4e is designed to introduce the Mathematica programming language to a wide audience. This is the ideal text for all scientific...

Since publication of the first edition over a decade ago, Green’s Functions with Applications has provided applied scientists and engineers with a systematic...

The book has been designed for the use of degree students of various universities. It will also be found useful by the students preparing for various...