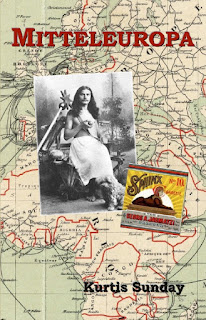 Vienna, the capital of the Austro-Hungarian Empire, but in a world in which the First World War did not take place: a man disappears. Ludwig Pechstein, of the Pechstein Security and Investigations Agency, is asked to investigate, The trail leads to gruesome secret chemical warfare research programmes, a land commune in Switzerland, smugglers of avante-garde art, political radicals in the East End of London, and a Zionist colony in German Central Africa.