This book provides details of the calculation of the interaction between two neutral polarizable atoms or molecules using molecular quantum electrodynamics (QED). To better understand the origin of this force, it briefly outlines molecular QED theory, the well-known van der Waals dispersion potential first evaluated by Casimir and Polder, who accounted for retardation effects. It presents different calculation schemes for the evaluation of the dispersion potential and also discusses energy shifts involving electric quadrupole and octupole moments, along with discriminatory dispersion potentials. Further, it explores in detail non-additive dispersion interaction energies between three-bodies, as well as the effects of higher multipole moment correction terms, and provides results for specific geometries such as collinear and equilateral triangles. Lastly, it computes near and far-zone asymptotic limits for both pair and many-body potentials, with the former shown to agree with less rigorous semi-classical calculations. 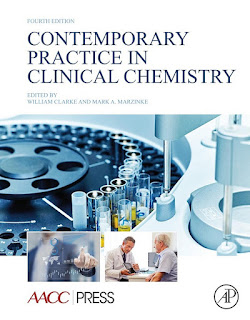 Contemporary Practice in Clinical Chemistry, Fourth Edition, provides a clear and concise overview of important topics in the field. This new edition is useful...

Laboratory Safety for Chemistry Students is uniquely designed to accompany students throughout their four-year undergraduate education and beyond...