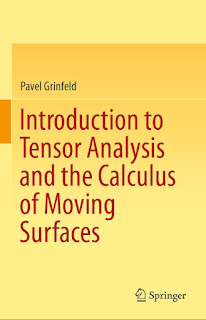 This textbook is distinguished from other texts on the subject by the depth of the presentation and the discussion of the calculus of moving surfaces, which is an extension of tensor calculus to deforming manifolds. Designed for advanced undergraduate and graduate students, this text invites its audience to take a fresh look at previously learned material through the prism of tensor calculus. Once the framework is mastered, the student is introduced to new material which includes differential geometry on manifolds, shape optimization, boundary perturbation and dynamic fluid film equations. The language of tensors, originally championed by Einstein, is as fundamental as the languages of calculus and linear algebra and is one that every technical scientist ought to speak. The tensor technique, invented at the turn of the 20th century, is now considered classical. Yet, as the author shows, it remains remarkably vital and relevant. The author’s skilled lecturing capabilities are evident by the inclusion of insightful examples and a plethora of exercises.

The product of a collaboration between a mathematician and a chemist, this text is geared toward advanced undergraduates and graduate students. Not only does...

This book convenes a collection of carefully selected problems in mathematical analysis, crafted to achieve maximum synergy between analytic geometry and...