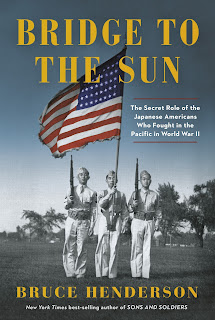 After Japan’s surprise attack on Pearl Harbor, the U.S. military was desperate to find Americans who spoke Japanese to serve in the Pacific war. They soon turned to the Nisei first generation U.S. citizens whose parents were immigrants from Japan. Eager to prove their loyalty to America, several thousand Nisei many of them volunteering from the internment camps where they were being held behind barbed wire were selected by the Army for top-secret training, then were rushed to the Pacific theater. Highly valued as expert translators and interrogators, these Japanese American soldiers operated in elite intelligence teams alongside Army infantrymen and Marines on the front lines of the Pacific war, from Iwo Jima to Burma, from the Solomons to Okinawa.