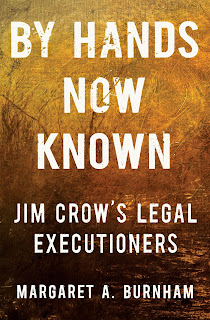 In By Hands Now Known, Margaret A. Burnham, director of Northeastern University’s Civil Rights and Restorative Justice Project, challenges our understanding of the Jim Crow era by exploring the relationship between formal law and background legal norms in a series of harrowing cases from 1920 to 1960. From rendition, the legal process by which states make claims to other states for the return of their citizens, to battles over state and federal jurisdiction and the outsize role of local sheriffs in enforcing racial hierarchy, Burnham maps the criminal legal system in the mid-twentieth-century South, and traces the unremitting line from slavery to the legal structures of this period and through to today.