Quantum chemistry a discipline that is not quite physics, not quite chemistry, and not quite applied mathematics emerged as a field of study in the 1920s. It was referred to by such terms as mathematical chemistry, subatomic theoretical chemistry, molecular quantum mechanics, and chemical physics until the community agreed on the designation of quantum chemistry. In Neither Physics Nor Chemistry, Kostas Gavroglu and Ana Simões examine the evolution of quantum chemistry into an autonomous discipline, tracing its development from the publication of early papers in the 1920s to the dramatic changes brought about by the use of computers in the 1970s.

The purpose of this book is to convey to the worldwide scientific community the rapid and enthusiastic progress of state-of-the-art quantum chemistry. Quantum... 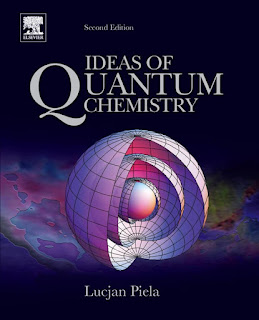 Ideas of Quantum Chemistry, Volume One: From Quantum Physics to Chemistry shows how quantum mechanics is applied to molecular sciences to provide a theoretical...

In this book, density functional theory (DFT) is introduced within the overall context of quantum chemistry. DFT has become the most frequently used theory in...