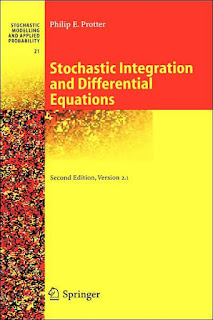 The new edition has several significant changes, most prominently the addition of exercises for solution. These are intended to supplement the text, but lemmas needed in a proof are never relegated to the exercises. Many of the exercises have been tested by graduate students at Purdue and Cornell Universities. Chapter 3 has been completely redone, with a new, more intuitive and simultaneously elementary proof of the fundamental Doob-Meyer decomposition theorem, the more general version of the Girsanov theorem due to Lenglart, the Kazamaki-Novikov criteria for exponential local martingales to be martingales, and a modern treatment of compensators. Chapter 4 treats sigma martingales (important in finance theory) and gives a more comprehensive treatment of martingale representation, including both the Jacod-Yor theory and Emery’s examples of martingales that actually have martingale representation (thus going beyond the standard cases of Brownian motion and the compensated Poisson process). New topics added include an introduction to the theory of the expansion of filtrations, a treatment of the Fefferman martingale inequality, and that the dual space of the martingale space H^1 can be identified with BMO martingales.

Tensors and methods of differential geometry are very useful mathematical tools in many fields of modern physics and computational engineering including...

This is a textbook on differential geometry well-suited to a variety of courses on this topic. For readers seeking an elementary text, the prerequisites are... 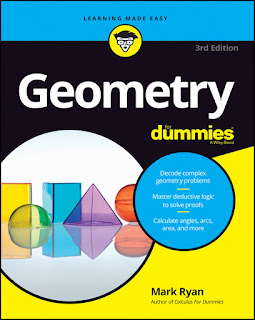 Does the thought of geometry make you jittery? You’re not alone. Fortunately, this down-to-earth guide helps you approach it from a new angle, making it...