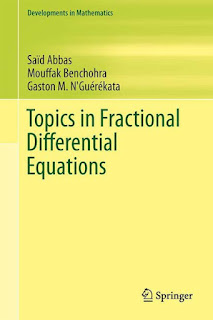 ​​​ Topics in Fractional Differential Equations is devoted to the existence and uniqueness of solutions for various classes of Darboux problems for hyperbolic differential equations or inclusions involving the Caputo fractional derivative. ​​Fractional calculus generalizes the integrals and derivatives to non-integer orders. During the last decade, fractional calculus was found to play a fundamental role in the modeling of a considerable number of phenomena; in particular the modeling of memory-dependent and complex media such as porous media. It has emerged as an important tool for the study of dynamical systems where classical methods reveal strong limitations. Some equations present delays which may be finite, infinite, or state-dependent. Others are subject to an impulsive effect. The above problems are studied using the fixed point approach, the method of upper and lower solution, and the Kuratowski measure of noncompactness. This book is addressed to a wide audience of specialists such as mathematicians, engineers, biologists, and physicists. ​ 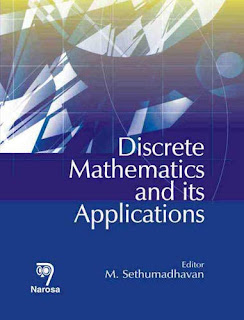 Discrete Mathematics and its Applications provides an in-depth review of recent applications in the area and points to the directions of research. It deals...

Tensors and methods of differential geometry are very useful mathematical tools in many fields of modern physics and computational engineering including...

This is a textbook on differential geometry well-suited to a variety of courses on this topic. For readers seeking an elementary text, the prerequisites are...