A bout three years ago I wrote an article for Ladenburg s Hand worker bunch der Chemie containing in a concise form an exhaustive account of the history of the Organic Dyestuffs. This article was also published separately and its good reception induced me to produce the present work, which I have based as far as possible upon the earlier one. The article in question was not complete in itself, and in the present instance certain sections which came under other headings in the Hand worker bunch have been added. New material has also been supplied through the advances made in the coal-tar colour industry and in our scientific knowledge of the constitution of dyestuffs during the last three years. A gain, some subjects have been dealt with at a greater length than was permitted by the somewhat limited space of the Hand worker bunch .

Chemistry for Kids A Complete Chemistry Guide for Beginners

Chemistry in a simple way for beginners or young students to understand. It shows the different principles of Chemistry using things that we encounter every... 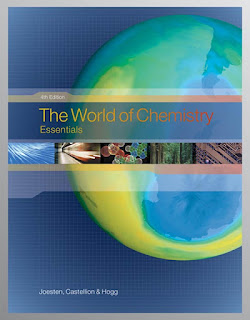 Joesten’s The World of Chemistry Essentials 4th Edition is known for effectively presenting chemistry in terms understandable to the non-science major...