This book has been written to introduce readers to group theory and its ap­plications in atomic physics, molecular physics, and solid-state physics. The first Japanese edition was published in 1976. The present English edi­tion has been translated by the authors from the revised and enlarged edition of 1980. In translation, slight modifications have been made in. Chaps. 8 and 14 to update and condense the contents, together with some minor additions and improvements throughout the volume. The authors cordially thank Professor J. L. Birman and Professor M. Car­dona, who encouraged them to prepare the English translation. Tokyo, January 1990 T. Inui . Y. Tanabe Y. Onodera Preface to the Japanese Edition As the title shows, this book has been prepared as a textbook to introduce readers to the applications of group theory in several fields of physics.

Drawing on a wide range of mathematical disciplines, including geometry, analysis, applied mathematics and algebra, this book presents an innovative synthesis... 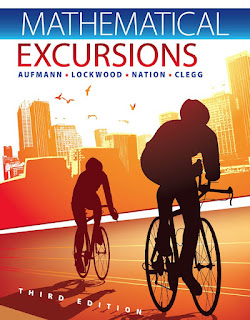 A new text for the liberal arts math course by a seasoned author team, Mathematical Excursions, is uniquely designed to help students see math at work in the... 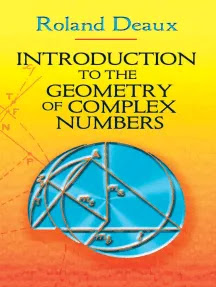 Introduction to the Geometry of Complex Numbers

Geared toward readers unfamiliar with complex numbers, this text explains how to solve the kinds of problems that frequently arise in the applied sciences...