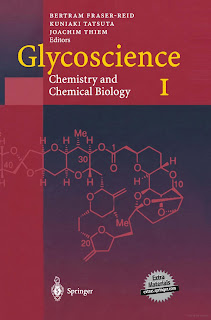 All of the commitments that we expressed in the preface of the 2001 first edition still hold true. The fact that we now introduce a second edition, seven years later, retlects the burgeoning research developments in glycoscience, and the broad impact these developments are having on contemporary biological science. The term “Glycoscience”, selected first for a comprehensive collection of reviews a decade ago in Topics in Current Chemistry, has become the generally accepted language to describe the interests of scientists at all levels who are involved in research associated with chemistry, chemical biology and the biology of saccharides. Readers of Glycoscience 2nd Edition will immediately notice that the editorial board has been supplemented with six younger colleagues of top scientific rank in the glycoscience area

An advanced yet accessible treatment of the welding process and its underlying science. Despite the critically important role welding plays in nearly every...

This work aims to familiarize students with the fundamentals of colloid and surface science, from various types of colloids and colloidal phenomena, and...