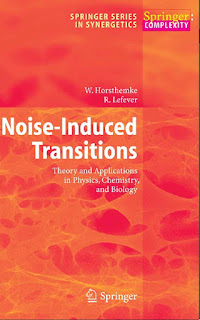 The study of phase transitions is among the most fascinating fields in physics. Originally limited to transition phenomena in equilibrium systems, this field has outgrown its classical confines during the last two decades. The behavior of far from equilibrium systems has received more and more attention and has been an extremely active and productive subject of research for physicists, chemists and biologists. Their studies have brought about a more unified vision of the laws which govern self-organization processes of physico-chemical and biological sys tems. A major achievement has been the extension of the notion of phase transi tion to instabilities which occur only in open nonlinear systems. The notion of phase transition has been proven fruitful in apphcation to nonequilibrium ins- bihties known for about eight decades, like certain hydrodynamic instabilities, as well as in the case of the more recently discovered instabilities in quantum optical systems such as the laser, in chemical systems such as the Belousov-Zhabotinskii reaction and in biological systems.

An Introduction to Mathematical Biology PDF

This reference introduces a variety of mathematical models for biological systems, and presents the mathematical theory and techniques useful in analyzing...

Morphological, biological, biochemical and physiological characteristics have been used for the detection, identification and differentiation of fungal...

Biology of Sharks and Their Relatives

Virtually every area of research associated with sharks and their relatives has been strongly impacted by the revolutionary growth in technology. The questions...