The notion of bounded rationality was initiated in the 1950s by Herbert Simon; only recently has it influenced mainstream economics. In this book, Ariel Rubinstein defines models of bounded rationality as those in which elements of the process of choice are explicitly embedded. The book focuses on the challenges of modeling bounded rationality, rather than on substantial economic implications. In the first part of the book, the author considers the modeling of choice. After discussing some psychological findings, he proceeds to the modeling of procedural rationality, knowledge, memory, the choice of what to know, and group decisions. In the second part, he discusses the fundamental difficulties of modeling bounded rationality in games. He begins with the modeling of a game with procedural rational players and then surveys repeated games with complexity considerations. He ends with a discussion of computability constraints in games. The final chapter includes a critique by Herbert Simon of the author’s methodology and the author’s response.

Exploring one of the most dynamic areas of mathematics, Advanced Number Theory with Applications covers a wide range of algebraic, analytic, combinatorial...

About Book The practice of economics requires a wide-ranging knowledge of formulas from math ematics and mathematical economics. The selection of results from... 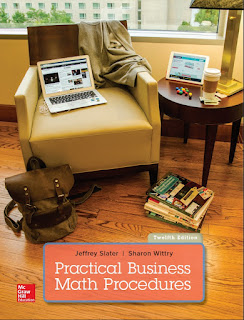 About Book The Twelfth Edition of Practical Business Math Procedures provides students with an engaging and personalized way to learn, therefore leading to...