This book gives an introduction to C-algebras and their representations on Hilbert spaces. We have tried to present only what we believe are the most basic ideas, as simply and concretely as we could. So whenever it is convenient (and it usually is), Hilbert spaces become separable and C-algebras become GCR. This practice probably creates an impression that nothing of value is known about other C-algebras. Of course that is not true. But insofar as representations are con cerned, we can point to the empirical fact that to this day no one has given a concrete parametric description of even the irreducible representations of any C-algebra which is not GCR. Indeed, there is metamathematical evidence which strongly suggests that no one ever will (see the discussion at the end of Section 3. 4). Occasionally, when the idea behind the proof of a general theorem is exposed very clearly in a special case, we prove only the special case and relegate generalizations to the exercises. In effect, we have systematically eschewed the Bourbaki tradition. We have also tried to take into account the interests of a variety of readers. For example, the multiplicity theory for normal operators is contained in Sections 2. 1 and 2. 2. (it would be desirable but not necessary to include Section 1. 1 as well), whereas someone interested in Borel structures could read Chapter 3 separately. Chapter I could be used as a bare-bones introduction to C*-algebras. Sections 2. 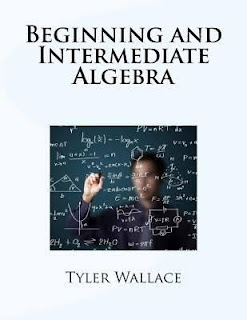 The book is primarily intended as a textbook on modern algebra for undergraduate mathematics students. It is also useful for those who are interested in...

Considered a classic by many, A First Course in Abstract Algebra is an in-depth introduction to abstract algebra. Focused on groups, rings and fields, this...