The development of solid state devices began a little more than a century ago, with the discovery of the electrical conductivity of ionic solids. Today, solid state technologies form the background of the society in which we live. The aim of this book is threefold: to present the background physical chemistry on which the technology of semiconductor devices is based; secondly, to describe specific issues such as the role of defects on the properties of solids, and the crucial influence of surface properties; and ultimately, to look at the physics and chemistry of semiconductor growth processes, both at the bulk and thin-film level, together with some issues relating to the properties of nano-devices.

The Physics and Chemistry of Inorganic Clathrates PDF

The chemistry and physics of group 14 elements such as silicon and germanium have been extensively studied, largely due to their fundamental importance in the... 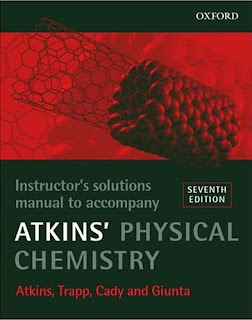 The Instructor’s solutions manual to accompany Atkins’ Physical Chemistry provides detailed solutions to the ‘b’ exercises and the even...